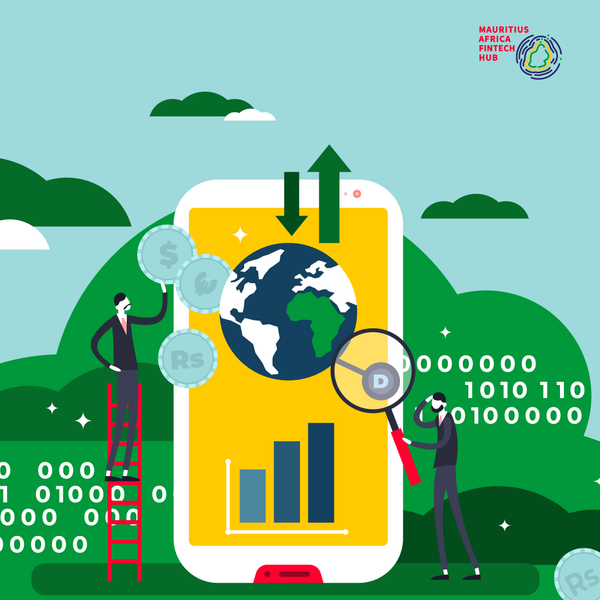 With only a handful of African markets boasting regulatory sandboxes, the continent may still have miles to go on FinTech frameworks even as the importance of conducive legislation is being brought into the limelight with Covid-19 forcing economies to go digital.

Like any new financial, technological and legal reality, FinTech is inherently disruptive for any system of law. In many cases, FinTech sits uneasily amid existing regulatory frameworks and challenges regulators to produce an appropriate and customised response. Such a legal response must be both adequate and timely for the FinTech solution to not only be viable but also effective in its potential impact and capacity to contribute to positive social change.

Needless to say, no discussion on social change and financial inclusion powered by FinTech is complete without talking about Africa. With the proliferation of mobile money service providers, following in the footsteps of Kenya’s M-Pesa, Africa’s financial services industry is rapidly evolving into a largely digitised space. Despite their varied starting points, priorities, and capabilities, African markets are ready to take advantage of new FinTech innovations.

It is then sobering to reflect that regulatory frameworks that are currently enacted in the region are not keeping up with the rapid pace of change. Regulatory convergence will also be important, as African markets and countries are fragmented and conflicting regulatory regimes could present difficulties for financial service providers.

Arriving at an optimal and comprehensive regulatory framework for FinTech in Africa poses several challenges. However, the absence of robust regulations could expose both end-users and FinTech service providers to a multitude of risks. At the other extreme, stringent regulations can discourage FinTech firms from bringing about the right innovations, thus hindering the development of these entities. Hence, the importance of striking a balance and reaching a sensible middle ground cannot be emphasised enough.

The middle ground might be provided by regulatory ‘sandboxes’, which are essentially safe and supervised environments created by regulators that allow innovative businesses to test new products and solutions prior to their full implementation. These sandboxes target a variety of entities and are generally not limited to a particular financial product. As a result, underlying sandbox rules tend to be broad enough to encompass most FinTech businesses.

Against this backdrop, Kenya, South Africa and Nigeria stand out as the region’s leaders in terms of serving as FinTech hubs that boast their own innovation sandboxes to promote the growth of the FinTech sector. It is also important to keep in sight emerging FinTech hubs such as Mauritius, which deserves attention as an international financial centre of note where the government has only recently affirmed its commitment to innovation by announcing in Budget 2020-21 that a new sandbox framework will be introduced to facilitate development of proof of concepts and pilot exercises to test the possibilities of innovative technologies.

The Global FinTech Index 2020 identifies the four African cities of Johannesburg, Nairobi, Lagos and Cape Town among the top 100 FinTech ecosystems globally. The rankings reflect that these cities are home to Africa’s most valuable tech ecosystems and typically account for the most start-up investment received on the continent.

Home to some of Africa’s leading banks, financial institutions and FinTech start-ups, Johannesburg is the continent’s largest FinTech hub with a global ranking of 62. South Africa is the only African country on the list to boast two FinTech hubs, with Johannesburg followed by its sister city of Cape Town at fourth place in Africa and 87th place globally. On the regulatory front, the South Africa Reserve Bank has overseen several initiatives including Project Khoka, a proof-of-concept interbank payment and settlement system based on Distributed Ledger Technology, and the Inter-Governmental FinTech Working Group (IFWG). In April 2020, the IFWG rolled out an innovation hub with a three-pronged approach of regulatory guidance, testing products and services through the regulatory sandbox, and an innovation accelerator to give firms the opportunity to connect with others using the hub.

Nairobi is Africa’s second largest FinTech hub and ranked 63rd globally, with an estimated 20% of African FinTech firms and an emerging ecosystem of local investors and venture capital firms complemented by a steady rise of international investors and growing interest from global technology firms. The Central Bank of Kenya regulates the financial sector as a whole with the National Payment System Act, the National Payment System Regulations 2014, and the Regulatory Sandbox Police Guidance Note, governing the FinTech space. In August 2019, the country’s Capital Markets Authority (CMA) ran a regulatory sandbox under which three Kenyan FinTech start-ups were selected to take part and showcase their innovative offerings.

Lagos, based in Africa’s most-populous nation, is ranked third among African FinTech hubs and 71st globally, presenting as it does one of the region’s biggest opportunities for FinTech with nearly 40% of the population unbanked and close to two-thirds under 25. In March 2018, the Central Bank of Nigeria (CBN), in collaboration with the Nigerian Interbank Settlement System, introduced a regulatory sandbox even as the CBN is developing a set of regulations for FinTech firms. In December 2019, Financial Services Innovators (FSI), a leading Nigerian community of FinTech entrepreneurs, regulators, companies, incubators, and developers, launched the first FinTech industry innovation sandbox in Nigeria.

While Mauritius may not breathe the same rarefied air as a South Africa, Kenya or Nigeria, it is clear that the small island nation is punching above its weight in the FinTech space.

Incidentally, the Global FinTech Index 2020 highlights conducive regulation and small size as two ingredients of successful FinTech hubs. It notes that smaller cities tracked by the index do really well as “proof of the value of an ecosystem where people can connect easily.” On regulation, it stresses that conducive legislation top the chart of a successful FinTech hub as FinTech-friendly regulations incentivise entrepreneurship and encourage investment. Mauritius clearly has both factors going in its favour, as evidenced by the small size of the innovation ecosystem that facilitates networking and interactions among all members, and the focus on developing a regulatory framework that nurtures the growth of FinTech firms.

No wonder then that the island economy counts among the handful of countries in the continent that have implemented a regulatory sandbox regime, under which its Economic Development Board (EDB) has granted licences to at least 9 companies as of August 2019, including crowdfunding platforms, blockchain services and crypto-currency exchanges. With the new innovation sandbox announced in this year’s Budget, one can only expect an increase in the number of licences granted to innovative enterprises, including FinTech firms.

Last year, the Mauritian Financial Services Commission (FSC) enacted a sandbox licence recognising crypto currency as a digital asset as it seeks to develop and promote blockchain technology. The FSC then went on to establish a regulatory framework for digital asset custodian services following consultations with the Organisation for Economic Cooperation and Development on the governance and regulation of digital assets such as cryptocurrencies.

An African association for FinTech

Looking to the rest of the world, it is worth noting that the European Union established a FinTech task force to reshape its ability to respond to FinTech developments. Along the same lines, establishing a task force or federation for financial institutions and FinTech entities in African markets could be a good starting point as successful frameworks highlight issues of information sharing, transparency, cyber security, control standards, data outsourcing and offshoring, as well as regulatory barriers to the growth of FinTech.

In this context, the Africa FinTech Network deserves special mention. The idea to create the African FinTech Network came up in January 2018 in Lagos, Nigeria during the African FinTech enablers’ roundtable, attended by FinTech leaders from 7 African countries and partners from other countries on the eve of the National FinTech Conference. The network was formally inaugurated in Lagos, Nigeria in December 2018 during the first Africa FinTech Festival by the Vice President of the Federal Republic of Nigeria with the active participation of Country Heads of IMF, the African Development Bank, as well as representatives of UK-DFID, UNECA, Ecobank Group, Government of Ghana and other local and global corporations.

The AFN has since grown to encompass 29 member nations, including Mauritius, which is poised to host the next Africa FinTech Festival under the aegis of the Mauritius Africa FinTech Hub (MAFH).

With Covid-19 forcing economies to embrace e-commerce and digital payments at a faster pace than regulators could have imagined possible merely months ago, it is more important than ever to adopt an appropriate regulatory framework to mitigate the risks of FinTech services, while facilitating the development of the FinTech wave.

As Mauritius looks to the future with exciting developments announced in June’s budget speech such as a new framework for digital banking and a Central Bank Digital Currency set to be piloted by the Bank of Mauritius, it might be at the cusp of an unprecedented opportunity to support African markets by serving as a hub for FinTech innovation, and powering financial inclusion in the process.