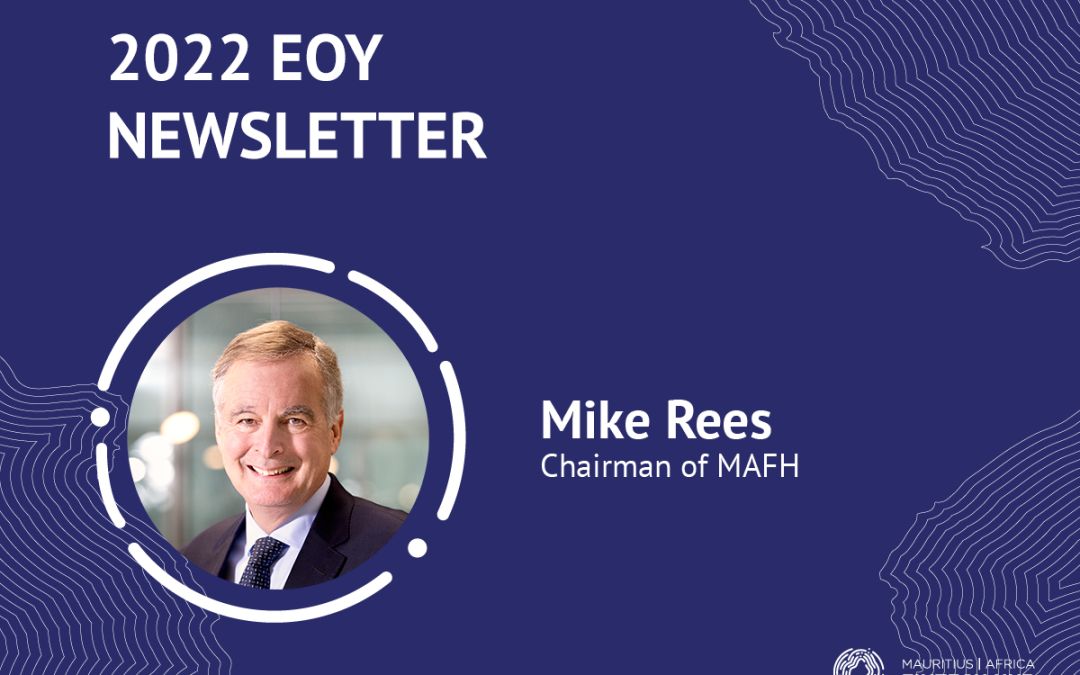 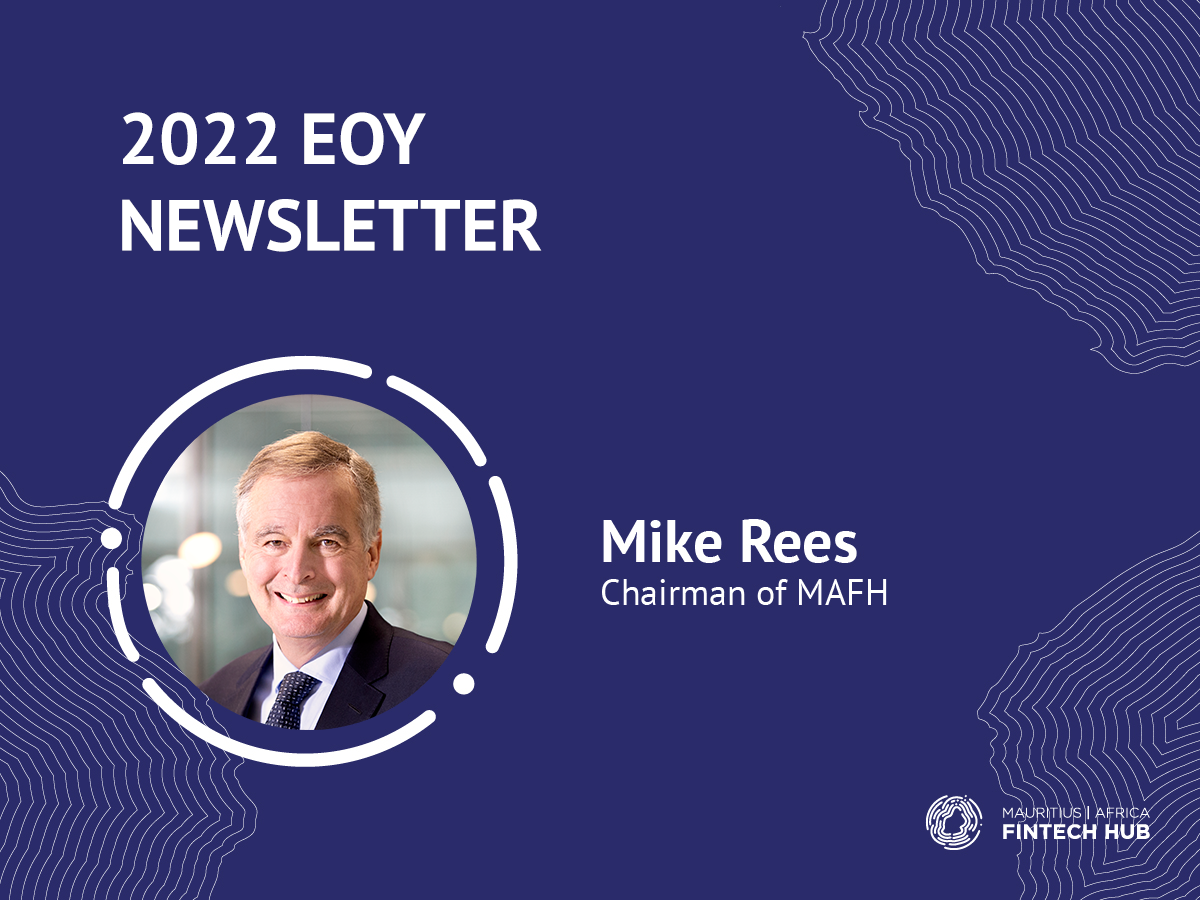 A message from Mike Rees, Chairman of MAFH

As Chair of the Board of the Mauritius Africa Fintech Hub (MAFH), I am pleased to share with you some key end of year announcements regarding the important changes that are taking place in your members association.

The board is appointing Benazeer Saïdoo as the Chief Executive Officer of MAFH, effective as from 1st January 2023, after having assumed the role of Deputy CEO since the 1st July 2022. Benazeer is a Mauritian professional with 10+ years of experience in the Marketing & Communications field, with a specialization in Digital and Project Management. She joined the Hub in 2020 as Head of Marketing, a role in which her contribution was highly valued in the strategic development of the association at a time of crisis, led on the Africa FinTech Festival 2020-2021, and developed concepts such as the Future FinTech Champions concept, among other successful initiatives.

The board is very confident that Benazeer will deliver on the association’s missions for our members, in line with our strategic intent to promote the development of FinTech in Mauritius and across Africa, as an enabler of a digital economy, supporting financial inclusion and digital literacy. Michal Szymanski, MAFH’s previous CEO, will be returning in a new role after his sabbatical to provide his support in matters relating to our international members and business development.

As part of this transition, we have over the last months conducted a deep review of the association’s assets, structure, services and its value proposition as a whole. We would like to make it clear that MAFH is first and foremost a members association, and driven according to our members’ needs and objectives, whilst serving as a private-public platform for all to align and shape the industry in a collaborative and objective manner – which is where we expect our members to contribute as actively as possible and make the most of in the new proposed strategic plan for 2023-2024. Our commitment also lies in the creation of financial literacy and capacity-building programmes involving our partners, such as the Future FinTech Champions programme that has yielded growing positive results since its launch in 2020, with special thanks to the Mauritius Commercial Bank (MCB) for their sponsorship in 2022.

To further our commitment in this direction, changes were made to the board. Ian Dillon, co-founder of the successful venture NOW Money and one of MAFH’s founding board members, will be leaving after four years of service to the association. With his experience and insights, Ian played a critical role in the successful development of the Mauritian FinTech ecosystem, and the Board and I, wish him all the best ahead in his new ventures. As such, it is my pleasure to warmly welcome two new members to the board, namely Hema Cederhage, Head of Securities Services at the MCB and Paul Perrier, Co-Founder of Fundkiss, who I look forward to work with as from early next year. In addition as CEO,  Benazeer will also join the Board.

The Board also decided that as a not-for-profit association, MAFH is not in a position to offer subsidized co-working to members. We held fruitful negotiations with United Docks, who we would like to thank for their sponsorship this year, and support towards the ecosystem, as all resident members that were previously housed with us will retain their office space at preferential rates, and same will be valid for all existing and new members requiring the setup of a base of operations. MAFH’s office space itself has been relocated at Le Workspace, next to the United Docks Business Park in Port-Louis.

We are all excited for the new year ahead with this refreshed strategy, as we continue our important work to develop an inclusive pan-African FinTech ecosystem that knows no borders. If you have any questions, thoughts or queries on the way ahead, please do not hesitate to reach out to us.

On behalf of MAFH, I extend to you our best wishes for the festive season and for 2023. 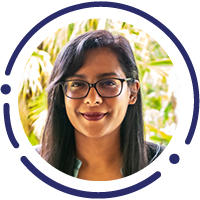 Benazeer joined MAFH driven first by her curiosity, but also in her belief of the higher purpose of what we are trying to build here for Mauritius and Africa. Over the last decade, she participated in the development of training programmes and business strategies contributing to the development of digital services and products for clients on the island and in the region. She brings with her 10+ years of experience covering diverse markets in the marketing and communications field, put to use today to develop global partnerships, projects and opportunities for the local and regional ecosystem.

Hema Cederhage is the Head of Securities Services at the MCB Bank and is a Business Leader within the MCB Leadership Team. She has more than fifteen years of experience in the financial sector having started her career at Brockbank Insurance Syndicate in London as Business Analyst before joining Capco as a consultant in London and later Singapore working on transformation projects mostly for banks. She joined Standard Chartered Bank in Singapore in 2007 where she has held various positions. 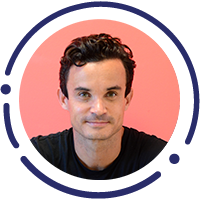 Paul holds an MSc in Management from Kedge Business School (ESC Bordeaux). He started his professional journey at PwC Mauritius in the Deals department in 2010. Afterwards, in 2014, he worked in a Family Office specialized in retail, property, FMCG and logistics sectors across Mauritius and East Africa. In 2016, Paul launched Madora, a chain of Beauty store chain in Kenya. Paul is the CEO and co-founder of Fundkiss, a SME digital financing and debt investment platform.

After months of preparation with the MCB Group’s Innovation Lab, we launched the very first National FinTech Ideation Competition on the island, led by our very own Future FinTech Champions (Mauritius). In three weeks, we had 17 teams registering, 16 that made it to the first round of selection, with 11 delivering making it to the day of event pitching their unique FinTech project ideas to our jury panel which consisted of Jessica Naga, Founder & Director of Digital Partners Network & MINDEX Group, Vincent CHATARD, COO of MCB, and Carine Arlanda-Laroy, Assistant Manager of the FinTech & Innovation Unit at the Financial Services Commission, Mauritius. Thank you judges!And the happy winners of this very first National FinTech Ideation Competition are:1ST PLACE – Team FinTechTic with Dikshikha S., Ghanishta W. and Vivek Allan, from the University of Mauritius, winning the top prize of RS 25,000.2ND PLACE – Team Richesse with Benson Mugure and Marthar Nderitu from the The African Leadership University, winning RS 15,000.3RD PLACE – Team Mobilité with Cynthia Gichuki, Reggie Joseph Okoko (he/him) and Shaun Oodoomansaib from the African Leadership University, winning RS 10,000.Congratulations to all the tertiary students here that rose up to the challenge and participated! This was a great display of untapped potential, creativity, quick-thinking, confidence and genius packaged altogether. We cannot wait to see where these sparks of ideas and projects will lead you to next!A warm thanks again from the MAFH team and on behalf of all Future FinTech Champions to all those who contributed in making this event a reality: MCB Group as sponsor, the Financial Services Commission for hosting us, Jaynesh. K. Beeharry for leading the event, all the mentors Ajmal Saifudeen, Jay Caunday, Katia Lauthan Derache, Marc Israel and Patricia Aliphon ! 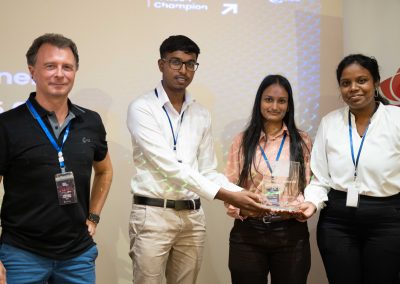 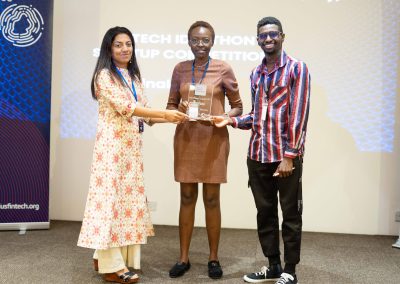 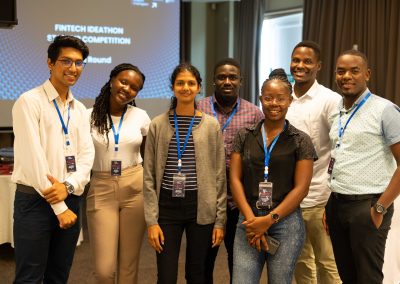 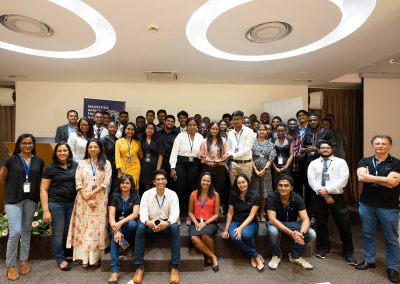 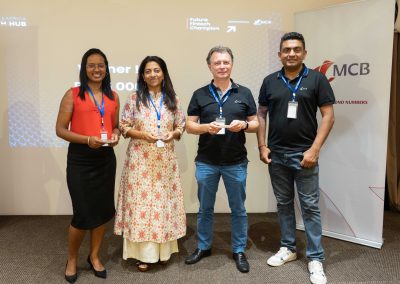 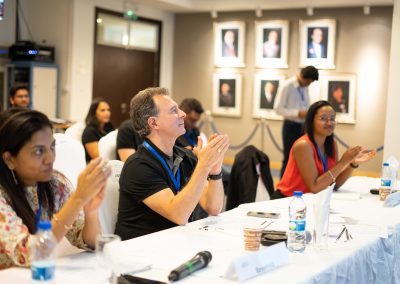 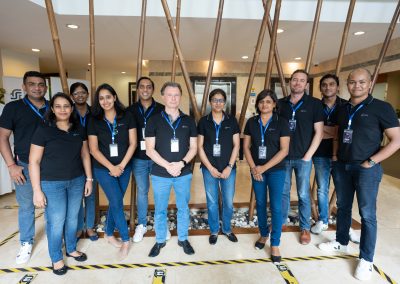 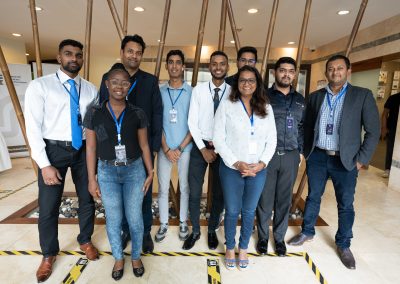