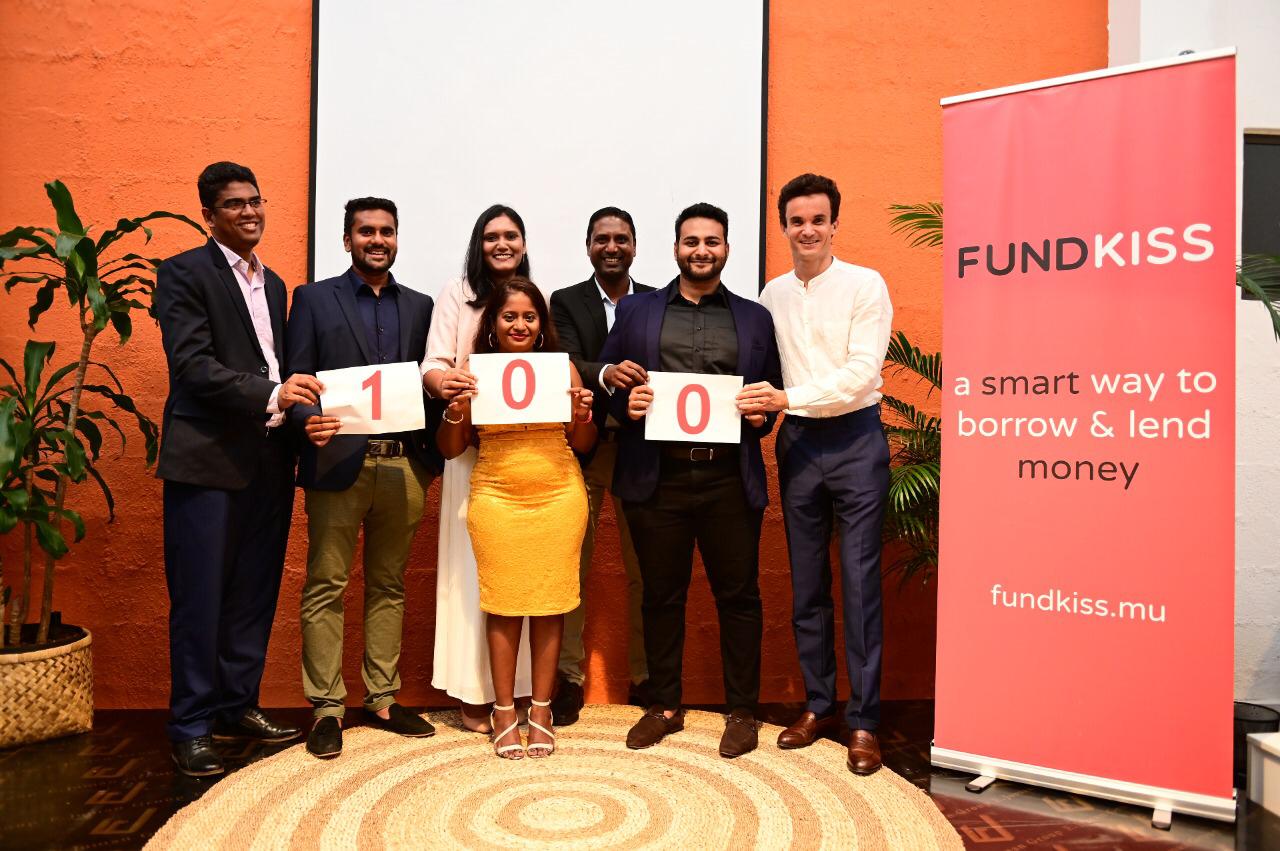 Fundkiss, the pioneering crowdlending platform in Mauritius, celebrated its 2020 end-of-year with a truly special milestone – 100 projects financed for entrepreneurs.

The P2P lending platform has pulled in this amazing achievement together with its lenders, partners and ecosystem supporters, such as the Mauritius Africa FinTech Hub (MAFH) which has had Fundkiss as a valued member since 2019.

To elaborate next on the statistics behind the magical figure of 100, the number represents a loan production of MUR 52 million. The platform has seen an average loan size of a little over MUR 513k, with the largest project funded at MUR 4 million and the smallest at MUR 50,000, showing the sheer reach of the platform from large SMEs to sole traders alike.

It is also exciting to see that the platform’s reach cuts across sectors such as Wholesale and Retail Trade, Restaurant and Hospitality, as well as Construction, mirroring the Mauritian economy and supporting the growth of the island’s SME sector – especially crucial amid a COVID-19 context. Further, the SME finance needs spanned across the capital expenditure, working capital, and supply chain finance space as the top three reasons for requiring funding, showcasing the depth of the support Fundkiss has been able to extend to the entrepreneurs turning to it for assistance.

On the lender side, the numbers are equally impressive with almost 2,900 registered lenders, 375 active lenders (those who have transacted at least once in the last 12 months) and MUR 30k of average loan amount extended, with the lenders on the platform being both individuals as well as institutional investors such as the SME Equity Fund.

Also, the ecosystem has seen up to 52 lenders coming together to support a single project, with the fastest lending time standing at 4 minutes.

Finally, the top three reasons for lenders to extend loans over the platform have been the yield, which averages a whopping 10% per annum; supporting SMES and making a tangible difference to the real economy; as well as achieving diversification for their portfolio by accessing a new asset class of SME loans.

In love with lending

It has taken a year and a half of sustained operations for the platform to reach this aspirational target, representing an amazing achievement by any standards.

First licensed by the Economic Development Board (EDB) of Mauritius under its path-breaking Regulatory Sandbox Licence (RSL) regime, the platform has lived up to the trust reposed in it by the authorities, lenders and partners alike and appears to be well poised to receive its permanent licence under the P2P lending rules released by the Financial Services Commission (FSC) of Mauritius on 15 August 2020.

We use cookies to ensure that we give you the best experience on our website. If you continue to use this site we will assume that you are happy with it.OkPrivacy policy