Will Digital Currencies Like Bitcoin, Ethereum or Even CBDC Replace Fiat Money?

Will Digital Currencies Like Bitcoin, Ethereum or Even CBDC Replace Fiat Money?

What are our Future FinTech Champions learning at the moment? And what are their thoughts on the current development of FinTech? Read through this submission from one of our FFCs, Luqman Sookia, currently studying Banking and Finance @ Curtin Mauritius.

With the advent of technology and internet, a new digital era was born. Certainly, one of the most innovative technology that is gradually paving its way into our lives is blockchain technology. Its adoption in the financial world has bitcoin as its epicentre.

Bitcoin has been in the limelight for quite a few years now. It has encountered several crashes and somehow happened to have survived and become even stronger. With now hitting a record high of $60,000, one of the most notable events demonstrating bitcoin’s surreal gain in value has been the “Bitcoin Pizza Day”. On 22 May 2010, Laszlo Hanyecz bought two large pizzas with 10,000 Bitcoins as a payment worth at the time around $41. If he would have held all his Bitcoins till now, it would have been worth around $550 million in just 11 years, or 27 million pizzas.

Over the recent years, we saw the creation of other cryptocurrencies with their own target markets including the new central bank digital currency most commonly referred to as CBDC, all predestined to become as mainstream and versatile as fiat currency. Therefore, are bitcoin or other digital currencies the future of money and what do they need to succeed as a currency?

From bartering to early commodity money and to now using paper money and credit cards, money  procures its value by account of its function. Money primarily acts as a medium of exchange. Money  itself has no value, where it is only an estimate of its perceived value viewed by the public. Up to  now, only governments could confer the legitimacy of their currencies which had to be constituted  by law. Central banks can also control the amount of money being printed and distributed. However,  after the 2008 financial crisis, people started questioning their trust towards governments and banks  which brought the impetus for a new decentralized ecosystem.

The bitcoin protocol was first introduced to the world on 31 October 2008, where the creator or  creators of the coin appeared as the pseudonym of “Satoshi Nakamoto” and has since then  remained unknown. The concept of bitcoin was projected as a decentralized digital currency. The  goal was to erase any third parties and instead use a public ledger of transactions that anybody  could store on their computers, known as the blockchain. Blockchain technology allows many  different entities to store a copy of the history’s transactions which is then distributed amongst  other users, it is not controlled by a single entity.

Since its creation, there has been numerous cryptocurrencies in the market, known as altcoins. There are 3 specific cryptocurrency categories – transactional, platform and utility cryptos.

To date,  there are more than 4000 cryptocurrencies in the market with a total market capitalization of  around $1.8 Trillion, yes Trillion. Bitcoin now has the largest market capitalization of more than 1  Trillion but it fluctuates rather frequently due to its high volatility. The second largest is Ethereum at around $200 Billion. Contrarily, many of these cryptos in the market have limited to none trading  volumes.

Consequently, the ramification of such disruption in the financial system posits both a practical  defiance to current monetary regimes and a theoretical one whereby the legislation of currency and  the requisite foundation of money should be controlled by governments only.

Bitcoin – A dent in the financial world

The tipping point of bitcoin’s innovation revolves around a peer to peer trusted system. Bitcoin is  often compared to gold since they are both scarce and are used as a store of value. In fact, its price  is driven solely by demand and supply. Most people invest in Bitcoin hoping that it will gain more  value in the future. Nonetheless from a recent article by CNBC, it was found that more than 1 to 3  cryptocurrency investors had little to no knowledge about the digital currency and its main function.

Bitcoin is often viewed as an instrument of quick investment or “make quick money” rather than its  main purpose being an alternative to fiat money. Ultimately, this effect provokes high volatility in  the market which makes it harder for the digital currency to be adopted as a mainstream form of  currency.

Subsequently, there has been a lot of hype around the cryptocurrency space lately with payment  companies like Stripe and PayPal now accepting Bitcoin and other cryptocurrencies. Its adoption in the financial world is gaining more significance with Square announcing in 2020 the buying of 4709  Bitcoins for $50 million. This means that you will be able to transfer money from one country to  another with far less fees and transfer time than the traditional banking method which would use  the exchange rate system. Likewise, many financial institutions like J.P. Morgan and Goldman Sachs  are now seeing the true potential of Bitcoin, with future plans of accepting Bitcoin as payment. VISA also has recently revealed that it will offer credit cards with Bitcoin rewards. Even Elon Musk  recently said that Tesla will start accepting bitcoin as payment for cars.

The flaws of Bitcoin

Firstly, bitcoin has been viewed as a money laundering vehicle. Although bitcoin may be used for  black market transactions and for other illicit activities, the overall impact of bitcoin and other  cryptocurrencies financial crimes is insignificant in comparison to cash transactions. In 2019, only  0.5% of all bitcoin transactions were spent on the dark web. Actually, Bitcoin’s adoption to the  financial world is real and is already happening, even if it is still volatile. However, can Bitcoin supersede fiat currency as the ultimate store of value since it necessitates no political or  governmental regulations?

Only 21 million bitcoins can ever be mined, meaning it is impossible for any entities to create new  bitcoins that would devaluate or inflate it. In a purely theoretical standpoint, bitcoin is inherently  deflationary in the long term due to its limited supply and its increasing purchasing power.  Alternatively, there has been many arguments from the bitcoin community refuting this idea. For  once, a growing population will lead to more demand, hence leading to a deflationary pressure. Adversely, they argue that the definition of deflation is formally a decrease in supply of money and  not in prices itself. Bitcoin’s supply will not decrease but will rather stay relatively constant. Also, the  bitcoin protocol is designed to sustain both inflation and deflation.

In addition, Bitcoin’s underlying technology is blockchain, whose nature is considered as  decentralized and is claimed to be unhackable. An article published in 2019 by MIT Technology  Review indicated that blockchain could perhaps be hacked, since hackers previously saw a loophole  in the system. Bitcoin alongside other cryptocurrencies can be bought on exchanges just like  Coinbase and Binance to name a few. These exchanges provide you with your own wallet and give  you total rights of your own cryptos but then comes the question of whether it is totally  decentralized. Some argue that since these exchanges add fees and security concerns, Bitcoin itself  has been “recentralized” but this argument is somehow subjective.

Another argument that makes people skeptical in using Bitcoin as a replacement for fiat money can  be due to its energy consumption. According to an article from BBC in 2019, Bitcoin uses as much  electrical energy as Switzerland, around 58.93 TWh per year to 58.46 TWh per year respectively  disregarding other energy usage from the country like heat energy from coal, oil, gas and so on.  Bitcoin’s carbon footprint is due to its mining process of not only creating new Bitcoin, but also the  critical component for the maintenance and development of the network. Miners can be considered  as auditors and this task can be very costly and sporadically rewarding.

Ethereum is a platform cryptocurrency which operates on its own separate blockchain system and  protocol. A platform cryptocurrency is primarily designed to eliminate middlemen, create new  markets and even kickstart and launch other cryptocurrencies. In fact, Ethereum fosters mainly on decentralized applications rather than as a digital currency. Created in 2015, Ethereum allows  developers to create and run their applications with added decentralized security. Its token “Ether”  can also be used and traded as a digital currency like any other cryptocurrencies. As a result,  Ethereum’s main purpose is not necessarily to replace fiat money but rather help promote a  decentralized space for developers and their application and monetize their work.

Ripple on the other hand does not use blockchain but is instead utilized for larger companies and  corporations to move large amount of money. The utility cryptocurrency uses a common ledger that  is managed by independent networks, with the ability to move assets instantly with less fees. “XRP”,  Ripple’s token, cannot be mined but has been issued by the company at 100 billion. Subsequently,  Ripple’s ultimate goal is to connect banks and other financial institutions with instantaneous  payment settlements for frictionless transfer of value. However, many people view Ripple being able  to supersede fiat money as highly improbable, if not impossible.

Contrarily, one of the main concerns CBDC raises is privacy issues. The digital yuan for example, can  be traced by China’s central bank, the People’s Bank of China (PBoC), therefore, they can track everything from transactions to spending patterns. This could usher in privacy concerns which would  never have been possible with the current monetary system. CBDC seems less about money and  more about data. Users’ information are kept anonymous on the surface from other users but  beneath it is where the central banks collect and store all the data. It is unlikely that we would be  willing to give such control to governments which defeats the whole purpose of why bitcoin was initially created. Adversely, this digital currency can create more efficient monetary policies and  counter criminal activities but the opportunity cost of giving out our data and privacy is too risky.

Cryptocurrency is on the cutting edge of the split between a centralized incumbent order and a  decentralized voluntary one, and that separation depicts the philosophy and the purpose of money itself. Perhaps, it is inevitable that quantitative easing will trigger uncontrollable hyperinflation of all  major fiat currencies in the near future which will force us to seek for alternative digital currencies as  the new form of transaction.

The future of money is optimistic, but who will win the race and dominate the market as the next  currency? Well, it will not be bitcoin or altcoins or even CBDC to that matter. It might be a  culmination of many cryptocurrencies complementing each other for a decentralized future. Otherwise, blockchain technology will keep improving and push developers to venture new  innovative pathways that shall tackle existing cryptocurrency limitations. This will enhance current  cryptocurrencies or bring forward better digital currencies which might make its adoption easier. The COVID-19 pandemic has proven to accelerate the dispersion of digitalization in both the  economic and financial system. In a future contactless world, the vast majority of interactions must  take place virtually. Consequently, it is only a matter of time before we start using cryptocurrencies  for our daily transactions. 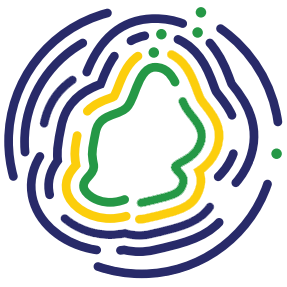